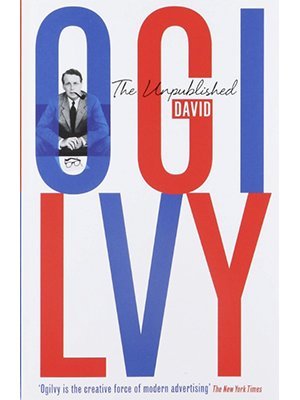 The Unpublished David Ogilvy collects a career's worth of public and private communications – memos, letters, speeches, notes and interviews – from the ‘Father of Advertising' and founder of Ogilvy & Mather.

Today’s book review is the unpublished David Ogilvy and I reviewed recently his other book which I highly recommend you get your hands on, which is Ogilvy on Advertising.

Fantastic book. As I say, if you’ve not heard who David Ogilvy is, he was one of the legends of Madison Square advertising, really for a number of years, 30, 40 years.

This is some of his less famous works which were put together in a book and really go through his whole career from start to finish of some of the stuff he wrote from when he was an early copywriter right to towards the end when he was sort of at his peak. Now it’s basically contents of memos, notes, speeches, papers, really, really great examples as well here. Some brilliant stuff he’s written, which you wouldn’t really come across unless you got this book.

Again, if you’re any sort of copywriting fan or want to improve your copywriting skills. Anything by some of the greats, which I’ve reviewed Ogilvy, Sugarman, there’s tons of Halbert, of what I consider to be all-time greats of copywriting and advertising that have stood the test of time.

Obviously there are people who come in and have some sort of thing that is not necessarily going to stand the test of time. What has stood the test of time are the classic advertisers. People like Ogilvy, Schwab, all these sorts of guys who have literally, some of them have been around for hundreds of years, and their skills and techniques are totally transferable in today’s marketplace.