Which Infusionsoft Apps Should I Use?

QUESTION: “Which Infusionsoft Apps should you use?

Do you ever log into Infusionsoft and wonder where to start? 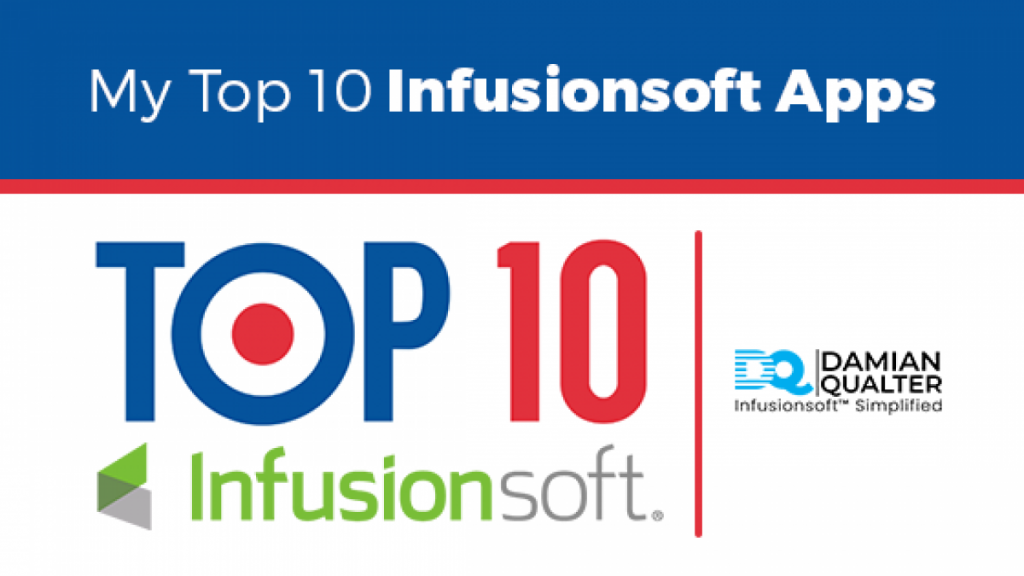 We’ve all heard the moniker ‘Confusionsoft’. Infusionsoft even went to the extreme length of changing the company name to get away from it!

(I’ve no doubt they had more strategic reasons to change from ‘Infusionsoft’ to ‘Keap’, but we’ll leave that one there…)

Confused Which Infusionsoft Apps To Use?

But perhaps an even bigger source of confusion are Infusionsoft apps…

Infusionsoft was originally built as an ‘all in one tool: CRM, eCommerce, pipeline management and email automation all in a single place. The problem with all in one tools is they don’t do everything equally well. So specialist third-party Infusionsoft apps appeared.

(The obvious example is order forms. Thrivecart for instance is head and shoulders better than the native Keap order form builder.)

Apps are a BIG part of any marketing automation setup. To implement your overall strategy you WILL need different tools!

It’s MUCH Easier If These Tools Integrate Well With Keap

Not all native integrations are good – Typeform comes to mind as an example. It’s like Typeform has thrown together an integration in order to check a box on the sales page saying “yes! We integrate to Keap!”

Sometimes it’s a sales gimmick not a robust integration. We usually use Zapier rather than the native integration built into Typeform.

There are a LOT of apps available for Keap. I’ve tried and tested pretty much every app across a wide variety of industries. It’s been a long (and sometimes expensive) learning curve!

I’ve developed a shortlist apps that work best in different locations – I recommend different apps for US and UK clients for instance.

Yes, Keap can be confusing. But don’t let your app choices contribute to that confusion.

Click here now to book a call to discuss your Infusionsoft Apps setup.