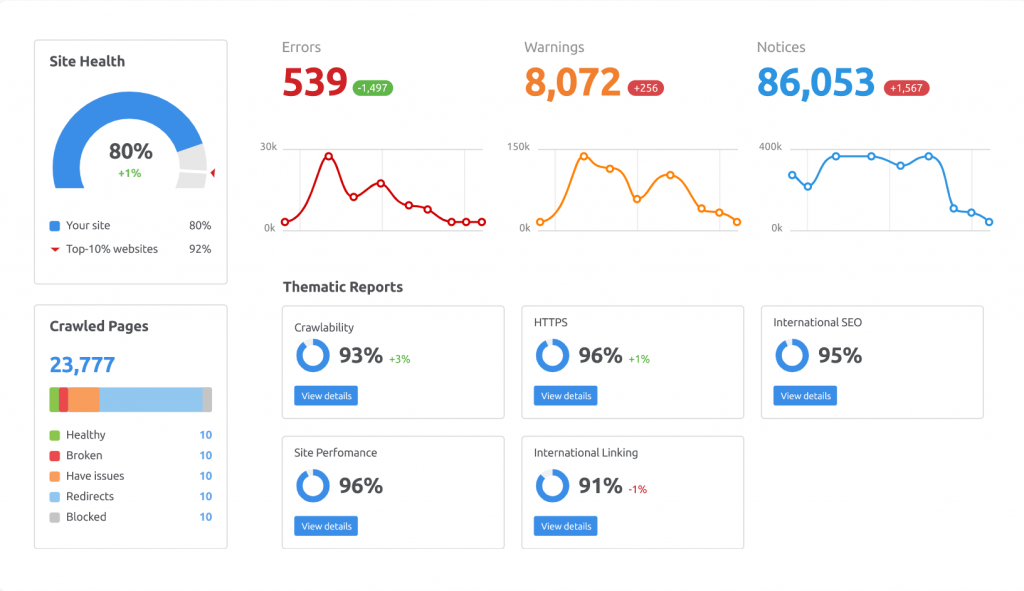 In every essence, a full SEO site audit is like a diagnostics test and high performance tune for your website.  Depending on the size of your website, thousands of errors could exist without you being aware of them. These errors can exist without you knowing how and why they are negatively affecting your current SERP positions.

How transparent and honest can you expect me to be with you about what you SEO needs?  Let me answer that by giving you a video link directly to Google and its own advice on how to select a good SEO company: Google's Advice On How To Hire An SEO

Consider this (and it really is this simple): your potential to rank in the search engines depends exclusively upon how efficiently Google's crawler agent is able to navigate your content (within what is a minuscule crawl budget). And then, as it crawls, to efficiently determine what your content is really about and how your page metrics weight against what are then highly sophisticated scoring algorithms (much more on this later).

So what problems could exist which would hinder Google in its ability to efficiently crawl and understand your content? What problems can hinder its ability to score you more optimally and position you higher than you currently are?  Below is a typical list all too common errors found in an SEO site audit:

Now you might not understand what some or most of the above errors are. Don't worry; you wouldn't be too dissimilar from most other website owners there either.  I don't intentionally give you a load of jargon you might not understand. It's just that the above are the most common errors which we encounter regularly, and these are the industry-wide nomenclature defining those problems.

Truth Is Found In the Simplicity Of Things; Not In The Multiplicity & Confusion Of Things

Personally, I try to avoid using any kind of superfluous and overwhelming, technical nomenclature. This could only ever serve to reinforce your detachment in the subject. So I like to keep things really simple when disusing an important subject such as an SEO Site Audit. I do this so that I'm sure everyone understands precisely what I'm saying.

And what I am saying (very simply) is that if too many crawlablity errors exist, this will make it impossible for you to rank in the search engines.  Google will have an impossible task to understand what your content is really about (within that very short given crawl time frame) if too many errors exist.  Google's crawler agent will quickly turn its back on your page. It will be out of there fast and onto bigger and better things.  The crawler agent doesn't have time to work out your errors. That's simply your problem, not Google's, if you tied it up in a redirect loop, gave it duplicated meta data over a number of pages, or gave it something broken or missing.  Google will say:”I'm outta' here – you're wasting my time,” and then it's gone.

And that really is the simplicity and the reality of it.  And there really is no need to labour it in any overly technical discussion.

Undoubtedly, one of the most challenging problems can be found with CMS (Content Management Systems, such as WordPress, Joomla etc).  A multitude of errors can surface through the simultaneous deployment of multiple components and plugins.  Plugins are designed and built to run simultaneously and independently of each other. Or independently, so you thought.

In an ideal world, conflicts and mis-configurations would break your site immediately and you'd know about them immediately.  But the reality is that subtle conflicts can exist undetected, causing all sorts of crawlability errors and non-optimum SEO page environments, for forever and a day. Or at least up until you carry out a full site audit and find them, that is.

Hence the vital importance of a full and comprehensive SEO Site Audit.

With that done, hit “Next” and I'll explain the other most influential factors which are potentially dragging your positions heavily down the SERPs. And let's discuss what we can do to easily fix these and have you ranking at your content's optimum potential.