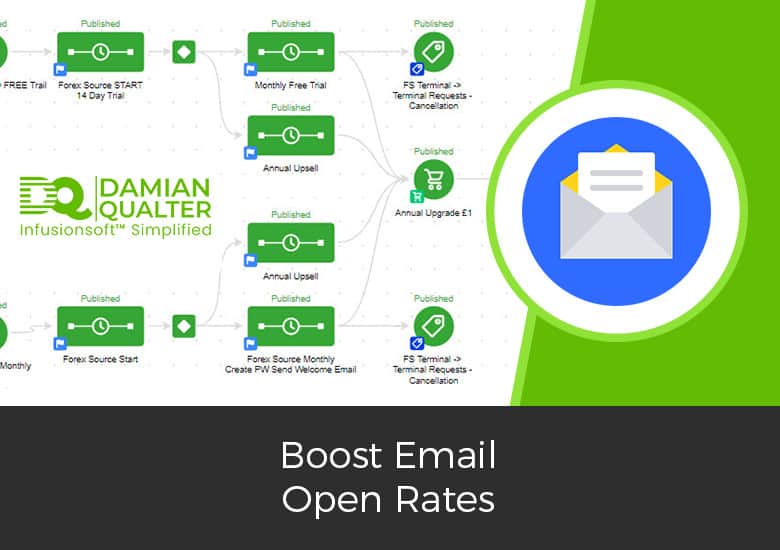 In today's short video, I just want to share a case study and probably a really effective strategy you want to try if you send out a regular email every week or maybe twice a week, a newsletter to boost email open rates.

And this is a strategy now I've been using with my clients for quite some time, and it's really simple to implement.  I'm just going to talk you through the methodology of it and how you can set this up for yourself in your own Infusionsoft app. So, what I've done is I've dragged the sequence out here, and obviously I'm just using a mock-up. So, let's say today in the morning, we're going to send an email out at eight o'clock, the email goes out, and then we're going to resend the email at 8:00 PM tonight as well. Then that obviously the time between the two emails can be whatever you want.

One strategy we've tried with newsletter subscribers is say on a Thursday or the day they normally send out the email for the newsletter. Then we might wait a couple of days and then maybe even send it just in the evening. So we're sending it in the morning here, then maybe in the evening. And over time, you're going to get some results of what works and what doesn't work best for your particular industry or audience, depending on what they do. And you could almost as well if you wanted to, you could almost leave a timer in here at the end of the sequence, which let's say is at midnight. We're going to just change that to 11:45 PM.

So, this will be our newsletter email one and email two. Then the campaign in Infusionsoft will send it out eight o'clock in the morning, and then if people don't open it, we're going to resend it to anyone who doesn't open it at eight o'clock in the evening. So we've got our sequence here. All we need to do now is drag out an email open goal and put that here. And then we can put in a sequence at the end so we can put emailed open, or newsletter opened.

What we want to do in here is we want to check, especially with all we want to do is we want, if they open the first email, we don't want them to get the second. So we will select this to any of the checked emails have been opened. So we select email one and what's going to happen is if they open email one before email two goes out, they're going to get pushed over to this sequence here.

And again, we could have a tag or whatever in the sequence to track open rates or anything like that. But the beauty of this is lots of people ask me how you do this manually. And when something like newsletters, they tend to do it as a broadcast. But if you do it as a campaign like this, it literally will automatically do what you need it to do without having to come back in and manipulate and drop people back into a campaign, all that sort of stuff, which is a bit of a pain. 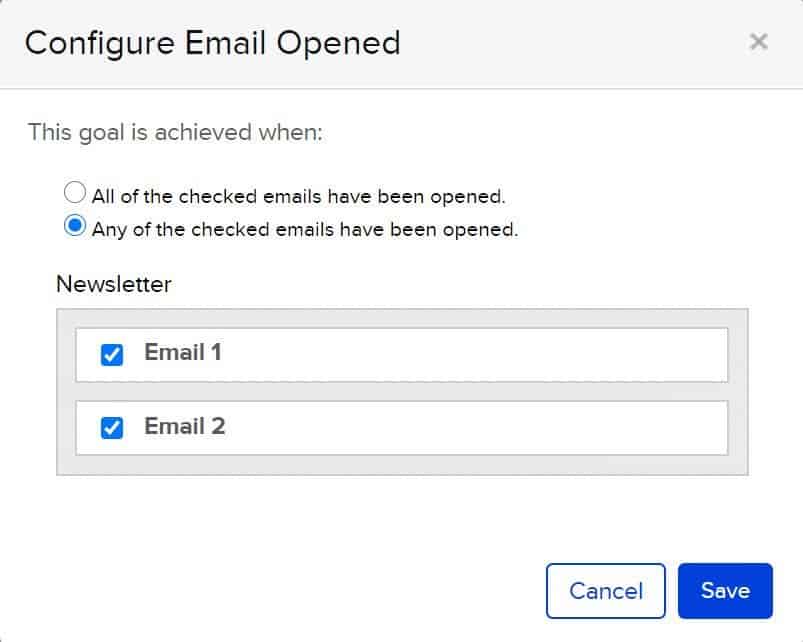 Then, what sort of results can you get from this?

I've tried this with probably a dozen different clients in totally different industries.

We get anywhere from 15% to 50% more people opening the email by doing a resend because when you think about it, email is very, very transient. If someone sat in front of the computer and your email came in two hours before they opened their emails, or they're not at the desk when it comes in or, they're busy, then the first email, it's just not going to get read. So you've got a second chance then to engage them. And if you send it at maybe a different time of day or a different day even, then you are engaging them at a different time.

Two Bites Of The Email Cherry

So you're having two chances to hit them. And it's quite important when you get the results of this to see what your email open rates are for each email you send because you might have … you might find out that sending it in the evening, you're going to get a much better open rate than in the morning. 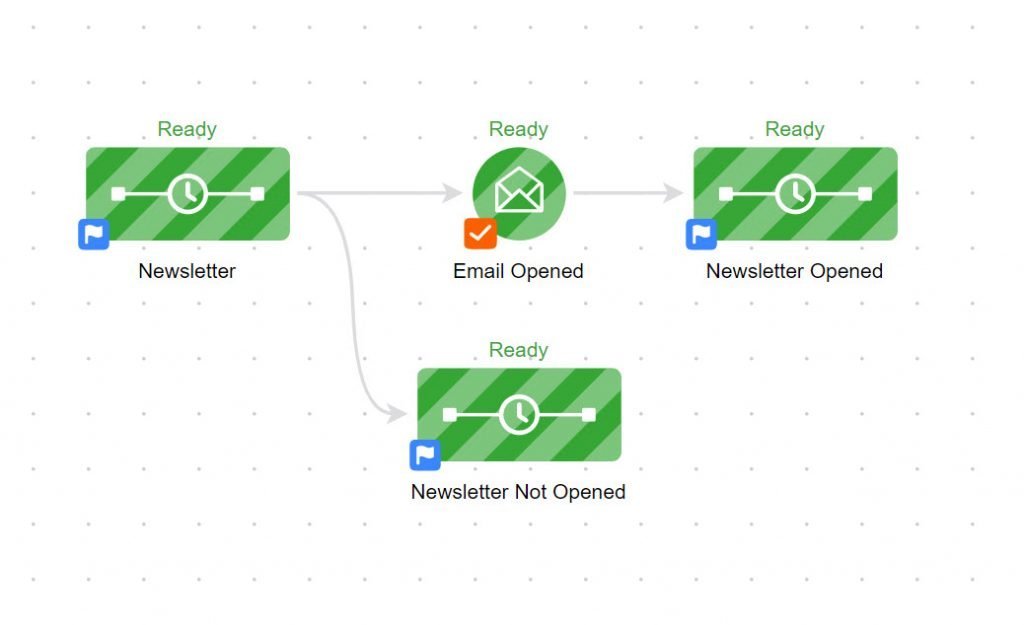 So all we would do now is we would drop our list into here. It would run its course, email would go at eight o'clock in the morning. Anyone who opens the email, triggering the email open goal, would go into here, anyone who doesn't open before the next email goes out, which is eight o'clock at night would then get the resend, and then would literally, who've not set the goal for them to open it, but would basically be passed up. So if we wanted to, we could set that for email one and two to go over here. If we wanted to track both emails going over. And if we wanted to even track people who didn't open emails, we could just drag a sequence.

Newsletter not opened. So if we drag that there, what would happen in this scenario … If I just dragged that out a little bit in the Campaign Builder, email one goes out at eight o'clock, email two goes out eight o'clock in the evening. Then it waits till midnight or quarter to midnight. And then if they've not opened by that time, it would just drop them down into here. So we could see who's not opened, and who's opened the email if you want to track that in terms of engagement.

So, I hope you found that useful?

It's definitely something worth testing.

Again, just test these things, see what works for your industry. And I'd love to know the results you're getting with your campaigns.