Getting Your Emails Delivered – EDC Day 2

Welcome back to day 2 our email deliverability challenge – getting your emails delivered. 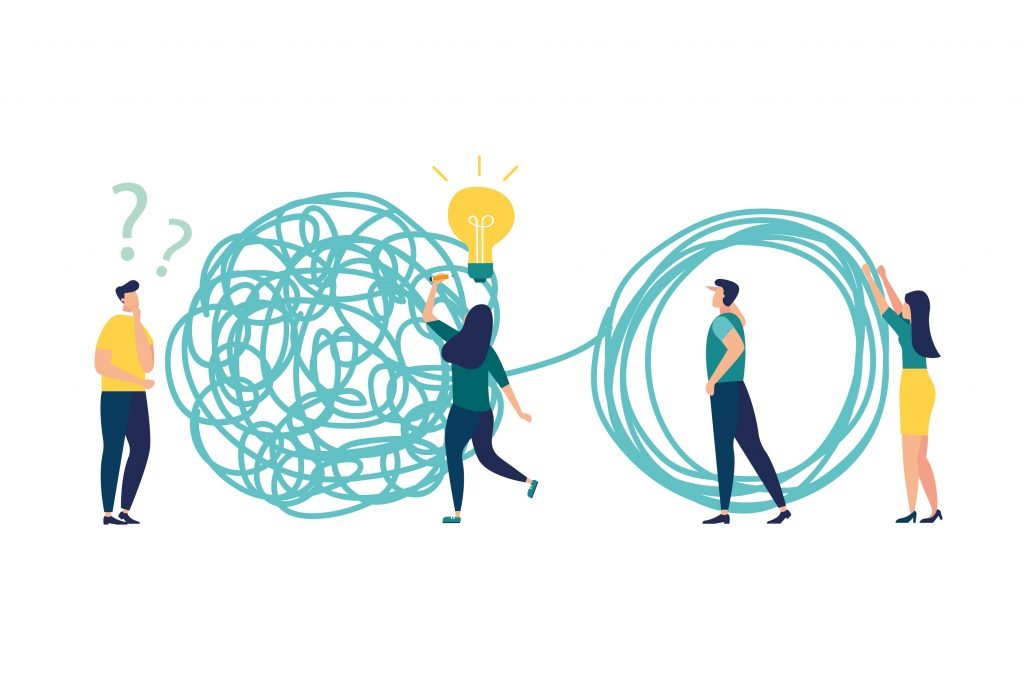 Yesterday, just a quick recap, we covered all the technical setup of DKIM SPF DMARC.

Again, they are the essential foundations. If you don't get those in place, certainly at least your DKIM, then all the other stuff we're going to be talking about this week is pretty futile, and you will not get as good a result. You will get better results, but you won't get as good a result as if you don't do the SPF DKIM DMARC stuff I suggested in yesterday's training.

Let's get into today's training.

Again, this is to get more of your emails delivered and read. I'm going to cover some pointers. It's going to be a short training today.

These are more simple things to do. And again, you don't need to do all of them. You could do some of them, and cumulatively you get this compounding effect. As you do more and more of these things, you're going to see more and more improvements with your overall deliverability, open rates, things like that. So, let's get that straight in there.

We've covered the tech set up. We're assuming that you've done that. The next thing, and these are in no particular order. These are things that we found can affect open rates and deliverability going forward.

What I mean by this is, a lot of people, when they send emails from Infusionsoft to the list, whether it's a broadcast or part of a campaign, they'll use a generic email address, which is something like support@theirdomain.com or whatever the domain is. What I suggest you try is, use a more personal email.

In my case, when I'm, say, sending emails to my list, I'll use Damian@ and then my domain, rather than a generic one. Again, it's one of these things which some ISPs will pick up on this, if you use things like support or info@ or whatever. It's definitely worth a try. It's a really easy one to get in place.

No technical setup. Very easy to do.

The third one is Forms. I was having a discussion, part of a mastermind on email deliverability with Evan and Adrian Savage, who are probably the masters of all this.

I've just picked up some really good tips from them over the last few months.

There is some talk, I've not seen any empirical evidence to this, but I've been talked over by some very good sources that using Infusionsoft form codes to get people to opt in your list will get a better deliverability.

What I mean by that is, there's lots of platforms now, like ClickFunnels, Leadpages, to name a few. They use an API access. So you're just basically sending an API from ClickFunnels to Infusionsoft, and it's not using the Infusionsoft form code. This is proving, so I've been told, that you won't get quite as good results in terms of deliverability, because Infusionsoft's not actually counting as an opt-in via their list. Just something to bear in mind.

I use Leadpages a lot, and I give the form codes to… Basically with Leadpages, if you use the old legacy forms, it's very easy.

You just copy the form or you integrate it directly with the legacy forms. It works a treat. You can copy the unstyled HTML code, I don't want to get too technical here, and give it to your web guys, and they could style it for you. But just something to bear in mind to get some better results.

Okay. Now, we're going to look at throttling your emails. This is something that, how can I describe it? So let's say you're sending a send of 10,000 emails. If we throttle the send, i.e, we send so many emails per hour. Let's say we send a thousand emails per hour, then the ISPs generally will not pick it up as a mass broadcast. Obviously, it depends on the numbers, but it's certainly something that you can try to throttle the send so you're sending smaller chunks of emails one at a time in little packets, rather than one big blast of emails like we do normally. Fix Your Phone have got a great little bot which is called Throttle Bot, which can do this. So you set the parameters you want to send, how fast, how many numbers you want to send. And again, that's something which works really, really well. I just thought of another little point here. Oops. I'll just come back to that. I'm always thinking when I'm on the go.

The other thing is lists. This is one I see so many people, especially when they're new to Infusionsoft, they say, “Oh, we've got this list of 100,000 people we want to import into our app and blast emails to them. It's going to be the golden dawn of making money.” Unless these people know you, do not try importing lists. I'm not giving you advice here, by the way. If you've got a list from a verified source who know you and you're allowed to use that list, then it may be better to upload it to Facebook and create a custom audience with Facebook.

Then we go, links. Now, links and email, again, this is something that I see so many people abuse, if that's the right way. They put 20 different links in it. I would think it's best practice that you minimize it to maybe one or two links in your emails. Cloaking links. Again, this is a thing which really does trigger ISP. If you're trying to cloak a link and it's not a verified source, then you're far better using the naked link so that the ISP can make a judgment whether this is from a verified and a bonafide source.

Images. Again, it's very tempting to put images in emails. I like images in emails. I think it looks nice and there's more engagement, but there's a trade-off potentially between that email getting delivered. So what I would suggest you do is maybe you cut your list in two and for maybe a month or so you send emails with images to one part of the list, emails with no images to the other part of the list and see what happens. There's a trade-off I think. It's not black and white these suggestions. Some of them are definitely best practices to do, but some other ones you might have to do a little bit of testing in your list to see if the results are better.

Timing. This is something that I just thought of now when I'm talking to you. When you're sending emails out from Infusionsoft, you can send them of the local time of the person. So again, that can work really well. Some people, let's say for me, I'm based in the UK. Probably 75% of my list is US-based, 30% UK based. If I sent an email send out, it's 10 o'clock in the morning UK time, that wouldn't hit people till 3:00 PM Eastern Time and 5:00 PM… Sorry, I'm going backwards. If I send something at 10:00 AM UK time, it will be 5:00 AM Eastern Time and 2:00 AM Pacific Time. So that might not be the best times for those people in the US, although it might be good for the UK to receive an email because they're probably in bed.

Now I just want to use, again, some best practices, just to make sure that you are getting the best possible results from your list. This builds a relationship with your list. I think it goes without saying, you want people to really understand what you're about, what you can do for them, how you can help with them. Don't be just pitching all the time to sell products, give value to people. You're going to find you get to build up a following. Some people won't like you, don't be offended. There's plenty of people who don't like me. I used to get really hung up on it, but the people who do like and follow what I do are enough for me to make a very, very good living from them because they want to work with me. So just provide value and be yourself in all this.

Next one is when you're sending emails, just write to an individual. Pretend you're writing to your best friend. Again, this is not a lesson on email marketing or how to write an email. But just a tip, when you're writing, be personal about things, don't be too formal, find out what they're trying to achieve. All this stuff goes into building an avatar of the client, which again, is something for another day. Much bigger topic than this particular subject.

Segmenting your list. This is a really critical one. I'll put a link in this article to list segmentation. In fact, when anyone ops into my list, I always ask one question. And the question is, if it's from my Infusion side of the businesses, “Are you an Infusionsoft user?” And we have literally a drop-down which is yes or no. Obviously, someone who's an Infusionsoft user I'm going to follow up. Well, not obviously, but I'm going to follow up in a completely different way than someone who's not an Infusionsoft user. So think of a question you can ask to segment people as they come into your list. And obviously, this follows through as people engage with your things. Try and use tags on links and things like that so you find out exactly what people are interested in. And then you're sending really emails to people who are interested in a specific topic, rather than this big pool of generic people who may or may not be interested in the topic you've got to send.

So I hope you found today's lesson useful. Again tomorrow, I've got some really cool stuff I want to cover. You don't have to do all these things. Maybe test one or two of them and see what sort of results you get. Again, you must do the DKIM thing first and preferably SPF and DMARC settings. It's really important to get that done. Otherwise, although you'll get better results, you're not going to get as good results if you don't follow those steps first. So I look forward to seeing you tomorrow in the next session and giving you some more tips to get your emails delivered, open, read, and clicked. And to get the results and ultimately to make more money from your list and provide a better service and have a really engaged, positive list.

Here are some of the “symptoms” you can treat..

follow these points to to improve getting your emails delivered.

+ Make sure your DKIM, SPF & DMARC record is configured properly (if you're able to configure it with your provider)
+ Make sure you're sending to confirmed email addresses if you can
+ Avoid sending more than one link
+ Don't be tempted to purchase lists
+ Try and use Infusionsoft form codes on your Opt-Ins
+ If necessary throttle the email send times
+ Avoid using cloaked or disguised links, just use naked URLS
+ Avoid using more than 1 image (0 is better)

But here is how you actually cure the problem: 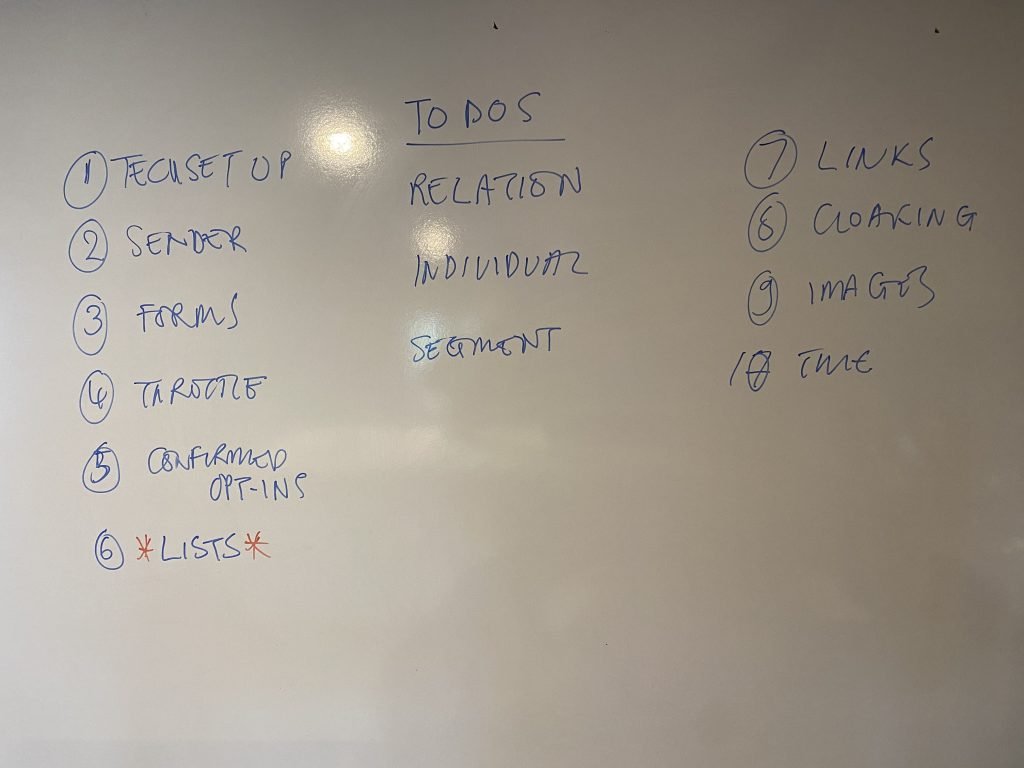 Need Help With Setting This Up