Here's how sheer desperation got me thinking about Infusionsoft campaigns for my business.

In 2012 I was buying and selling property in the Czech Republic. I only do things top-notch, so I used to put buyers up in a 5* hotel and give them a tour of Prague while they visited. The whole thing cost me a fortune.

Eventually, I decided to buy my own property in Prague so I could manage things myself. I bought an amazing new-build flat on the river – literally on the edge of the water (it actually flooded once).

Eventually, the market collapsed. We couldn’t sell properties in Prague, so I had to rent out my flat. The mortgage on it was about £2K a month, and the maximum rent I could get was £1K.

Later in 2012, I had a phone call from the tenants in my old house in Didsbury. The bailiffs had come knocking. I got in touch with the bailiff, who said they represented the bank in the Czech Republic with who I had the mortgage. Who wanted £200,000 in 7 days, please.

Besides panicking, I had no idea what to do. I got the best legal and financial advice I could, which was basically to go into an IVA. I said to everyone – give me a bit of time, and I'll pay a good chunk of it. Which they agreed to.

12 months into the IVA, Mortgage Express – who my mortgages were with – folded. (They were part of Northern Rock). They wanted any reason possible to liquidate any loan they had with anyone.

Because I was in breach of my mortgage covenant – I'd gone into an agreement with my creditors – they demanded all my properties back.

They repossessed them, sold them off, and lost about £250K in the process. So their £250K shortfall was passed to me.

It took a long time to turn around, but I got through it. I paid off all my creditors 18 months early. I regained the majority of my property portfolio when I could have lost everything.

It was an awful time, but I came out of it okay in the end. It's funny that because I owed so much money, I was actually more in control than the banks were. 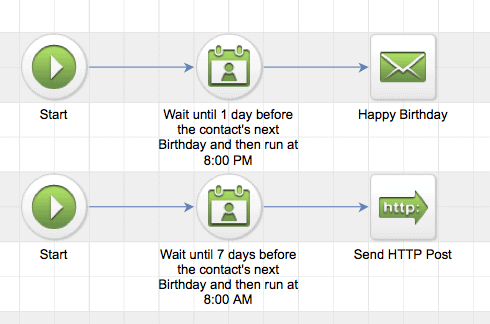 Do you want to take control of your follow-up systems, Book a quick call here and we’ll take things from there.