How To Configure Infusionsoft Decision Diamonds

How to configure Infusionsoft decision diamonds scares the shit out of many users! 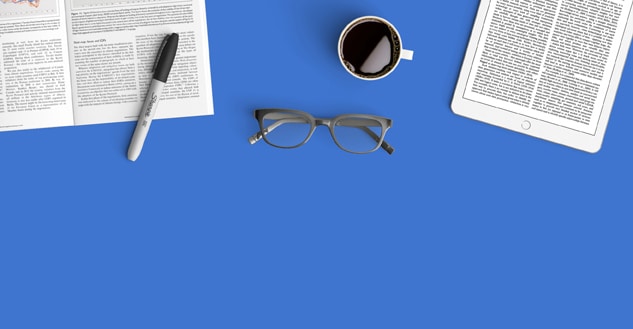 There are various ways to break a campaign in Keap, Perhaps the easiest mistake is to misconfigure Infusionsoft decision diamonds…

Decision diamonds appear when you link a goal or sequence to two or more sequences. They look like this on the campaign canvas: 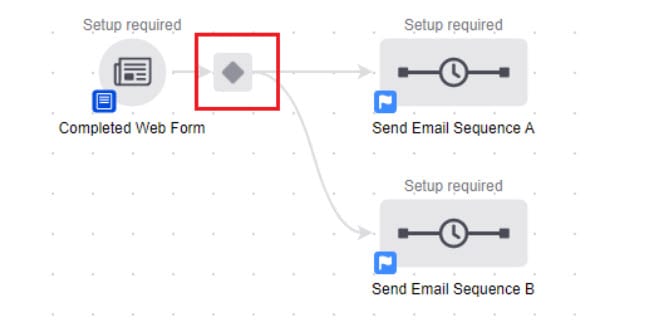 The decision diamond instructs Keap which way to send a contact. If you leave it as is, they’ll go down every path simultaneously. Against each path, you can set conditions, for instance, if the contact has certain tags.

How To Configure Infusionsoft Decision Diamonds – Made Simple

So, how do they go wrong?

Let’s say you have a campaign that manages your webinar follow-up. You want to follow up with people differently depending on whether they stayed to the end, and whether they answered a poll during the webinar.

In this scenario there are four possible outcomes:

It’s tempting to create a decision diamond that looks like this: 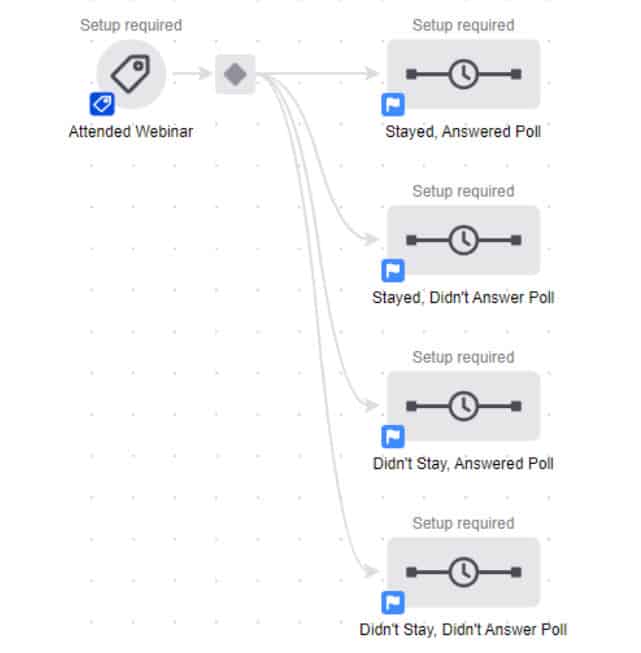 This is extremely likely to break because you’re directing people based on two criteria:

This makes the logic hard to get your head around. Did they do one or the other, both, or neither?

In theory, that should work, but in practice sometimes it won’t. You’re better sticking to ‘does contain’ logic.

(Does your brain hurt yet? Don’t worry, that’s normal!)

So, What’s The Solution?

The answer is to use two Infusionsoft decision diamonds, and only ask one question at a time. 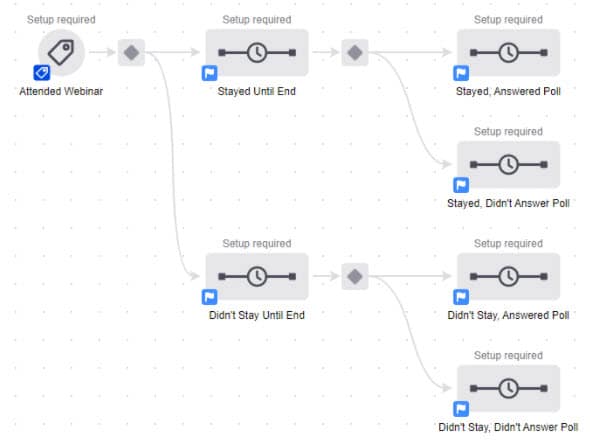 The first diamond just asks ONE question: did they stay to the end? The second diamond then asks whether they answered the poll.

If you structure your decision diamonds like this you’ll find it much easier to wrap your head around the logic, and it’ll be much easier to diagnose any problems with the campaign.

The alternative? Get it done for you!