Marketing automation and property have their similarities.

After my career in textiles, I got into property. Like many new property investors, I was inspired by a well-known evangelical speaker. I happily parted with £5K to go on his course. I later discovered he'd gone bust four times.

I didn't really do anything with the course, which created a chip on my shoulder. A secret shame that I hadn’t put anything into practice. 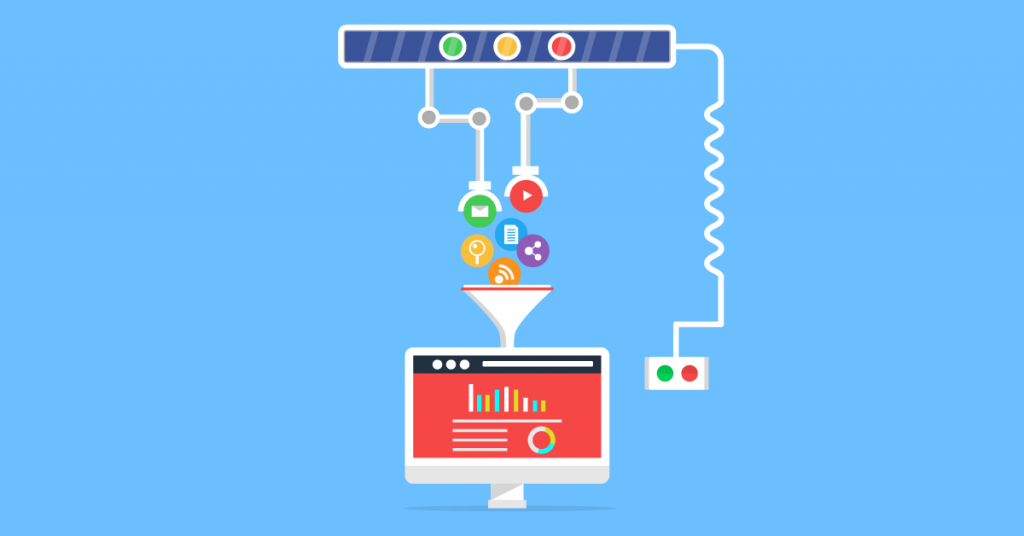 A few months later I saw a little ad in the Sunday Times. It was a guy in Manchester who was doing up old properties. Which I didn't want to do as I didn't see myself as a ‘Bob The Builder‘ type investor, but I went to see him.

He was a miserable so-and-so but quite likeable. I went to see him three times. Eventually, he said to me, in the bluntest possible terms, “you know what Damian, you're a nice guy,” he began. “But you're a silly c*** because you won't do anything! Why don't you do something?”

His words stung long after I got home that night, like a sledgehammer to the face.

He was running a property course later that month, so I paid another £3K to go on it. “Right,” I thought to myself, “I'm literally just going to try this.” Action at any cost. The chip of shame on my shoulder had grown too heavy.

I remortgaged our house without telling my wife. It was technically my house, although I don’t recommend this method of raising funds! I took £100K of capital out of the house and embarked on a secret squirrel property shopping spree…

I ended up buying two properties in the very first deal I looked at. They were off plan – so still under construction. “Great!” I thought. “Two under my belt.” Little did I know I still had to get mortgages having committed to two properties.

Eventually, I ended up getting six properties: two in London and four in Manchester. They all completed at the same time. The combined mortgages were well over £1M, so about a £10K a month mortgage. And all six properties were empty!

How NOT To Invest In Property

I was about to start haemorrhaging money – and fast!

I remember realising: shit – I have to find this money! It took about 3 months to get every property occupied, which was the worst three months in my property career. Literally the worst point.

What did I learn? I learned that action is important, but guided action trumps everything. I did seek out mentors in property, which initially galvanised me into action. But I also desperately needed ongoing guidance and mentorship.

Marketing automation and property investing isn’t so different. You can make a lot of progress by taking drastic action. But you can also tie yourself comprehensively in knots!

Don’t tie yourself in knots, book a free call here.